Worthy descendant of the great sheep dogs, the Schapendoes maintains many distinctive features of that breed without inheriting the considerable size and the dominant disposition.

The origin of these dogs used for sheep herding is still a mystery, and their origin from different known breeds is purely hypothetical and not easily ascertained.

It seems indisputable, though, that this dog is a native of the North-Eastern part of the Low Countries, well known since a long time as wild and poor, a barren land of moors criss-crossed by small thickets where water was springing almost everywhere forming streams, pools and marshes.

Before reclaiming and draining the lands, and an intensive agriculture, the only possible rural activity was sheep rearing.

It's in this landscape that the psychosomatic contour of our Schapendoes was shaped.

It tried to smooth out its thick and often matted fur against shrubs and bushes and when spring came it was sheared with the sheeps.

Even its modest size and lively disposition were an answer to the demands of its environment and its duties as a sheep dog.

On the one hand shepherds preferred small-sized dogs because they didn't have enough food available to feed bigger-sized ones and, on the other, because its role was not of the dissuasive kind: it wasn't to be responsible for the safety and the care of the herd but it needed to prove its great agility and energy to secure the essential cohesion of the herd.

It is obvious, though, that there's no supporting evidence of what the forebears of the Schapendoes were like, something that happened to most sheep dogs, as nobody was seriously interested in them and in leaving a detailed description for posterity until the risk of extinction became dramatic.

Serious professional standards giving careful consideration to a considered genetic selection of the specimens for both somatic and distinctive character should be given priority.

That quite often end up with determining unpleasant and dangerous hereditary traits in the breed that are more difficult to eliminate than to prevent.

So if you are looking for a faithful friend, take care to check these details.

Detailed information and close enquiries by the perspective "owners" would make life difficult for dishonest breeders who are not their dog's best friends.

UTILIZATION
The Nederlandse Schapendoes is a herding dog which was used for herding flocks of sheep and which is still] used ' in the same capacity today. As pasture for sheep is situated mainly in quiet, lonely areas of the country, it is necessary for the Schapendoes to be equipped with great endurance, mobility and speed. A great facility for jumping is essential, as well as intelligence and the ability to act on his own. He has to be a true herding dog in character, body and soul.

BRIEF HISTORICAL SUMMARY
At the end of the last and beginning of this century, the Nederlandse Schapendoes occurred everywhere in the region of the Netherlands where there was heathland and where there were herds or flocks of sheep. The shepherds valued him for the tireless pleasure he took in his work and for his intelligence. He belongs to the wide-ranging group of longhaired herding breeds which have densely coated heads. He is related to the Bearded Collie, the Puli, the Owczarek Nizinny, the Bobtail, the Briard, the Bergamasker and the German Schafpudel of the variety which occurs in Hessen, Odenwald and the Niederrhein district. All these similar dogs are smaller mutations of mountain dogs. The canine authority, P.M.C. Toepoel, is the founder of this breed. During the Second World War, he knew how to rouse interest in the breed. During the years from 1940 to 1945 specimen of the almost vanished Schapendoes were used for breeding from wherever they could be found. The Breed Club for Nederlandse Schapendoes was founded in the year 1947 and in 1952 the breed was provisionally recognised by the Raad van Beheer. In 1954 the standard was set up and a Studbook started. Definite recognition followed in the year 1971. Since then only registered dogs have been bred from.

GENERAL APPEARANCE
The Nederlandse Schapendoes is a lightly built, long coated dog with a height at whithers of 40 to 50 cm. His movement is effortless and springy. He is a remarkable jumper.

BEHAVIOUR/TEMPERAMENT
The Schapendoes is a normally and harmonically constructed herding dog with an attentive and courageous character. He is intelligent, watchful, jolly, lively, friendly and high spirited. Towards people familiar to him, he develops great affection and loyalty.

HEAD
The abundant growth of hair gives the head the appearance of looking bigger and, in particular, broader.

CRANIAL REGION
Skull: Almost flat with a moderate frontal furrow and strongly defined superciliary arches. ]t is fairly broad in proportion to its length: the width is slightly greater than the distance between the stop and the occiput.
Stop: Clearly defined but not steep.

FACIAL REGION
Nose: The bridge of the nose is placed a little lower than the line of the skull.
Muzzie: The muzzie is shorter than the distance between the stop and the occiput.
The foreface tapers hardly, remains deep and ends broadly, being only slightly rounded at its end. Seen from the side, with jaw closed, the lower jaw must be clearly visible.
Teeth: Normally developed scissor bite.
Cheeks: The zygomatic arches are strongly prominent.
Eyes: The eyes are fairly large, round and set into the socket in a normal position. They are placed more to the front than the side of the head. Their colour is brown; they should not give the impression of being black. The white of the eye should only be visible when the dog looks hard to one side. The expression is open-minded, honest and lively. Shape, colour and expression are very characteristic for the breed.
Ears: These are set on fairly high and are neither large nor freshy. They hang free, but not close to the head. They are amply feathered and mobile but should not protrude beyond the outline of the skull.

NECK
The head is carried high on a strong, clean neck.

BODY
The Schapendoes is slightly longer than high. The skeleton is fine boned, pliable and elastic.
Top line: Curved over a strong muscular loin.
Chest: Deep. Ribs are moderately to well sprung; they reach far back.
Lower line and Belly: Not too tucked up.

TAIL
The tail is long, well coated and feathered. The manner and way in which the dog carries his tail is characteristic of the breed. ]n repose it hangs downwards. When trotting, the tail is carried fairly high and swings slightly eurved from one side to the other. When galloping, it is stretched out straight. When jumping, the tail definitely serves as a rudder. When the dog is.alert, the tail may sometimes be raised high. lt should, however, never be carried stiffly over the back.

FEET
The feet are fairly large and elastic, broad and oval in shape. The toes are tightly bunched. The pads are thick and springy, with plentiful hair between them. Dewclaws are permitted.

GAIT/MOVEMENT
In his work, the Schapendoes gallops rather than trots, so his movement must be light footed and springy without excessive use of energy. He must be able to jump weil and turn swiftly.

COAT
Hair: The Schapendoes has a thick coat with sufficient undercoat. The coat is long, a good 7 cm or more in the region of the hindquarters. lt is not smooth, but lightly waved. Definitely curly, frizzy hair is not permitted. The hairs grow very densely together; they are fine and dry, but above all, never silky. The coat, where it is long, is inclined to stand off in tufts, giving the Schapendoes a large girth, especially at the rear. The Schapendoes has a tremendous topknot moustache and beard.
Colour: All colours are permitted. Preference is given to blue-grey to black.

FAULTS
Any departure from the foregoing points should be considered a fault and the seriousness with which the fault should be regarded should be in exact proportion to its degree.

DISQUALIFYING FAULTS
No Schapendoes which behaves nervously and - or - aggressively in the ring will be placed or classified.
N.B. Male animals should have two apparently nornal testicies fully descended into the scrotum. 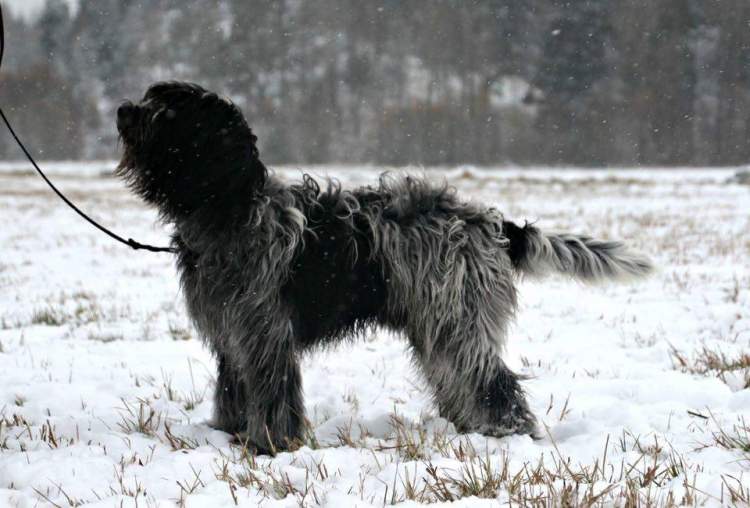 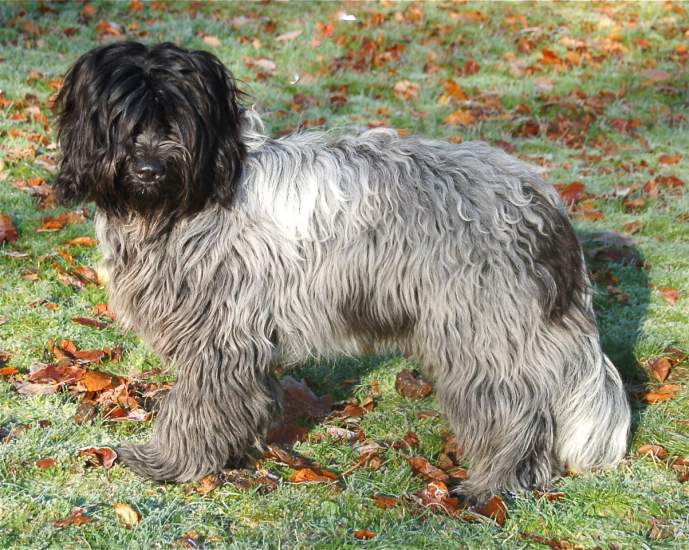 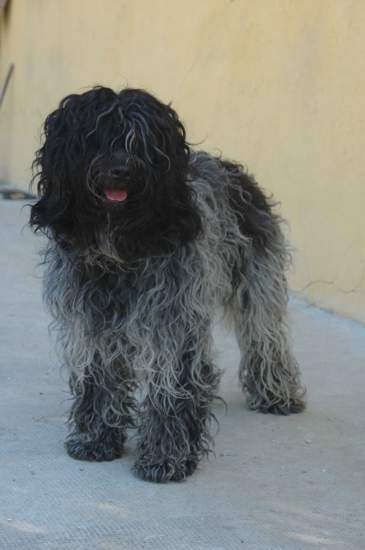 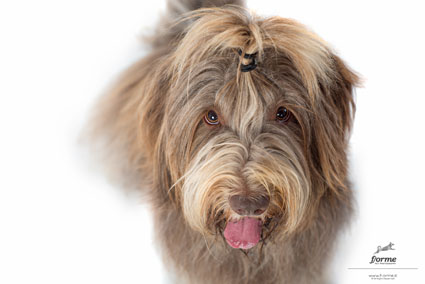 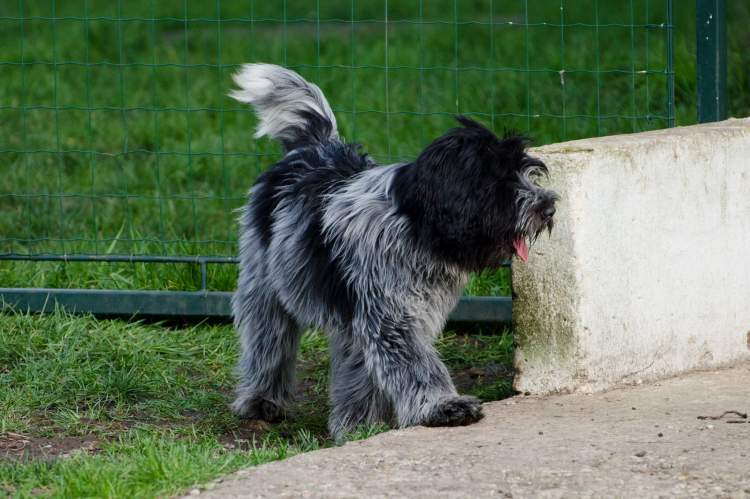 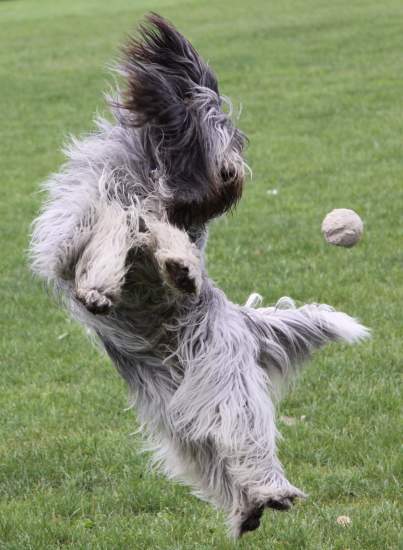 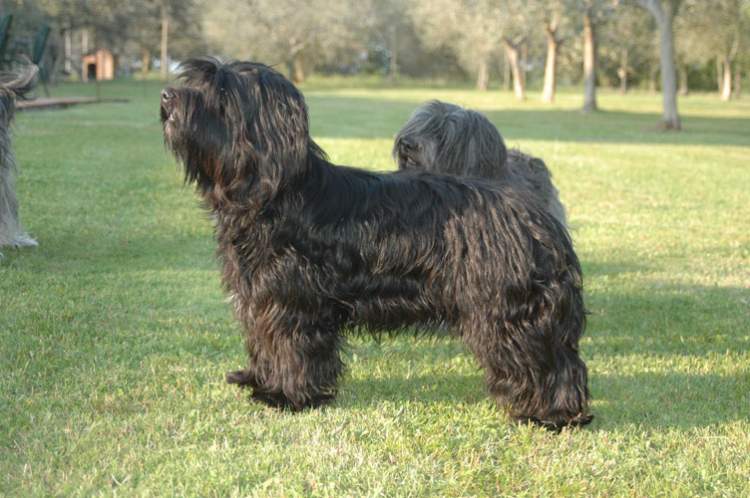 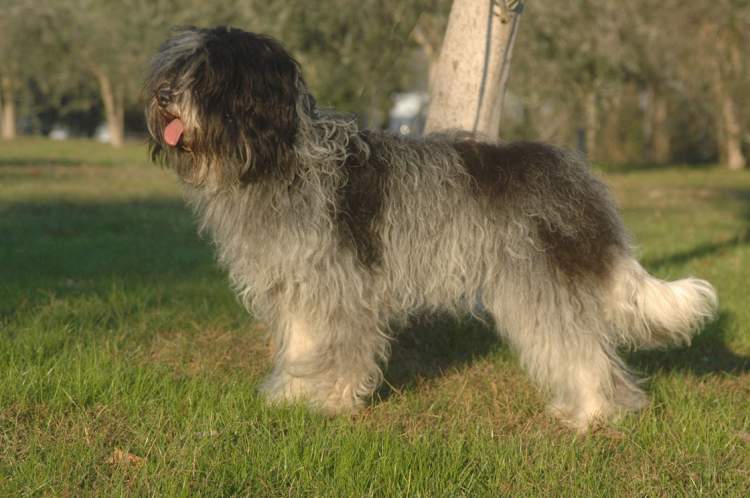 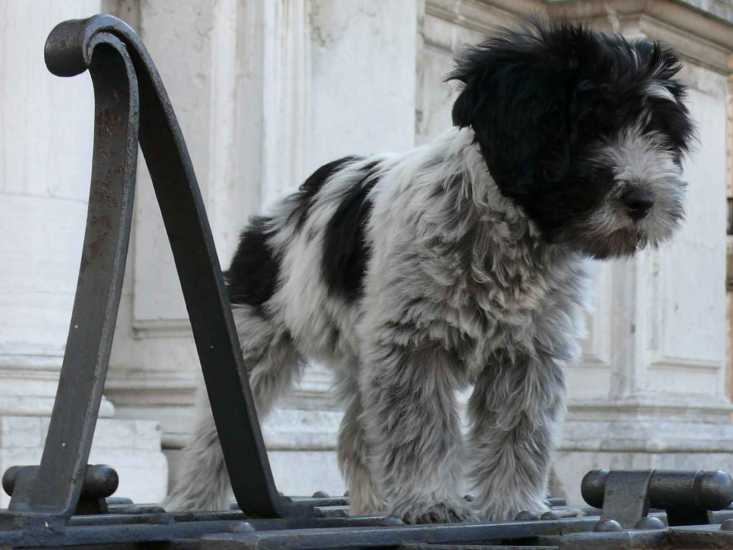 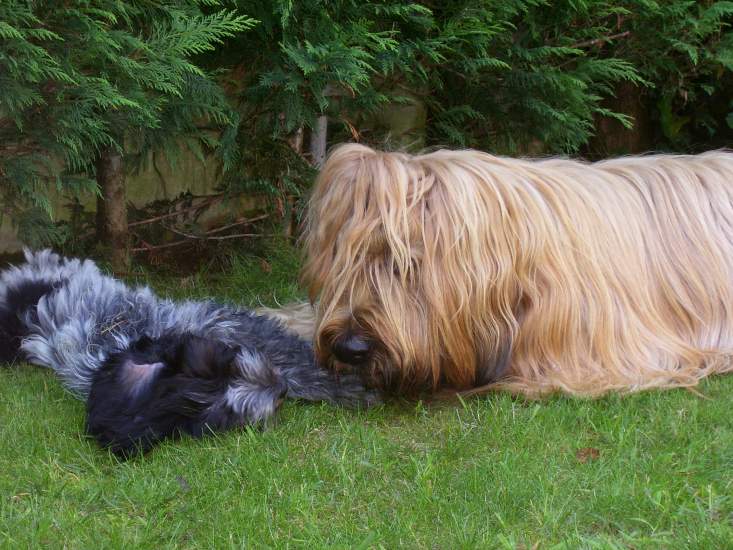 Privacy Statement pursuant 2009/136/EC: this site uses technical cookies necessary for the user navigation in absence of which the site could not function properly